Cameras show Nicholas Ninow, stalking this little 6 year old girl, who had gone to the Restaurant with her Mother and was playing in the Children play area, who he later followed to the toilet, where he dragged her to the Men’s toilet, stripped himself and this little 6 year old, completely naked and raped her in broad day light.
When her mother noticed the kid was missing, she looked for the child and in violence found the child bleeding badly from her private parts with this guy completely naked.

I strongly believe he was going to strangle and kill this child had the Mother not found him in time, just as is the case with so many of our South African girls being killed everyday by men.

I understand, statistics shows that at least 53 people are killed everyday in South Africa and for most young girls and women, it is after being raped by people like this guy who are still released and continue to roam our streets freely.

It is a shame that Media is protecting the identity of this idiot just because he is white. If we are going to protect our Children we will have to handle issues justly and beyond color.

Nicholas Ninow has caused one damage that is not easy to heal and MUST NOT be protected in anyway whatsoever! Every Rapist MUST be brought to an open shame.

Find him on Facebook, he has at least 4 different Accounts, one of them is: Nick Ninow.

It is about time The Church united and rose up from the “Prayer room” and started acting for the justice of our Children.
I will be at Court on the 2nd October in support of the Mother. Inbox me if you want to come along!” 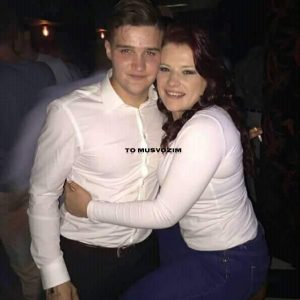 Screen shots:Pamela Nyoni denies that the exposed musvo is hers